I hate nagging about stuff. The book really seems like a good read. Robinson Crusoe stranded on mars. But the scientific stuff drives me bonkers. It’s really not my area of expertise so I’d actually would like to learn stuff. But plenty of stuff just seems wrong.

For example producing water from Hydrazine (rocket fuel) and Oxygen. Yeah, it works more or less the described way by using Iridium as a catalyst to split Hydrazine into Hydrogen, Nitrogen and some Ammonia. Then burn Oxygen and Hydrogen to get water, no biggy…

But… While working in the habitat with earth-like conditions with an open flame (and a hot catalytic converter) he ends up in an Atmosphere of 22% Nitrogen, 9% Oxygen and 64% Hydrogen and flees the habitat because he fears it might explode. If you mix normal air with hydrogen it ignites at 4% H2, explodes around 18% and will stop igniting around 78%. These numbers shift due to the low Oxygen Level but still, these numbers are still way past boom. Maybe his open flame didn’t burn all the time and he really kept to catalytic converter below 560C, at least the book doesn’t mention it.

After fleeing the habitat and figuring out a plan he reduces the oxygen level of his home to 1% and puts on an oxygen mask (quite like the ones in hospitals) which enriches his breathing air to normal oxygen levels. Like this, he ensures to keep everything from exploding while burning the hydrogen with controlled o2 bursts. And then, there is a big explosion. Dafuq? Yeah, his exhaling is claimed to have risen the O2 level high enough for an explosion. Well, standing there with an O2 hose for the short bursts in one hand and a spark generator in the other he managed to exhale enough O2 to get an explosion. More likely he’d literally breath fire due to the proximity of hydrogen, oxygen and ignition source.
But even if he manages to exhale somewhere else, a human only exhales like 12m3 of air per day with a little more than 1m3 of O2. His habitat has 90m2 and I’d guess at least 2m in height leading to 180m3 of volume. In just a couple of hours he can’t make a significant raise, even in a day he would only get from 1% to 1.something %…

I soldiered to that part but then it came to electronics. Fuck. That’s where I decided to do a blog post about it..

Alright… He needs to cover some distance on mars and has two battery powered mars rovers. Each has a capacity of 9000Wh allowing 35km of travel. Well, my van in comparison has 2400Wh to power the fridge, stereo, laptop and such. A Tesla Roadster has 60000Wh allowing approx. 300km of range. So a mars rover has a much smaller battery than a electric car on earth and a much worse mileage while driving much much slower. For comparison the Apollo Lunar Rover had 8676Wh lasting for 90km. Let’s just say future NASA isn’t exactly packing big batteries. Maybe they’re just more efficient in using them… Wrong! The use them for heating the rover as well. It drains 400W per hour for heating. My van is using gas (LPG) for heating because of the immense amount of power needed for the job. My heater produces 3200W of heat when running. Let’s say 11kg of LPG last for a week in Winter. That’s 141570W of heat per week or 842W per hour. So heating my van on earth takes twice as much energy as heating a rover on mars. Future NASA is really good on insulation!

The solar panels on his Habitat have an “astounding efficiency level of 10.2%” (quote)

Yeah, in 1975 this would have been astounding… I guess even the cheap Polycrystalline Panels on my van are more efficient but I couldn’t find some numbers. Good mono cells have around 18% though..

Alright, I’m loosing it. The 9000Wh battery of the rover is so heavy and huge he can barely move it and there’s no place to store it inside the second rover. Tesla for example packs around 200Wh per kg for their roadster, so 45kg for the rover battery if future NASA shops at Tesla… At martian gravity that comes down to 17kg. That’s a crate of beer. I’m no engineer but that seems manageable.

The rover recharge port of the Habitat runs at 36V / 10A so it takes 25 hours to charge a rover. Since there’s an abundance of solar power this makes no sense. For comparison, my van charges at 20A peak.

He completely fries his radio by electrical current. The housing of the radio is connected to ground (quite a common measure) and the radio is powered by the habitat. By accidentally touching the radio housing with another plus wire he fries the radio. Since electrical current is quite a lazy son of a bitch this seems unlikely. The current would go directly from the housing to ground, not taking any detours through the circuitry.

There are these days where you think you didn’t got nothing done. I just wrote some (business) emails, applied for a working project, did half a penetration test and cobbled together a linux bi-amping setup with a digital crossover which works out really nice. And I finally understood what a 4th order Linkwitz-Riley filter is and why I like it. Ah, and I made some nice charts about it. Last but not least I worked another couple of hours on the van.

So today I learned something new, earned some money, did stuff from my ToDo list and produced something which I will enjoy almost every day for the next months/years (decent sound on my desk). Why do I feel bad again? There’s really no reason. I guess it’s not about the stuff I did but about the ToDo pile I didn’t finish off. I think I gotta get used to the reality that there’s always stuff to be done…

(posted a week or so after writing…)

I thought this might have been the first winter (ever?) without getting sick. Didn’t work out 🙁 Whatever… After even netflix became boring I had to something else.

My stereo hasn’t been the same since I moved home. Today I finally looked into the issue. Some peak performance testing before moving to Hannover fried one tweeter completely and hurt the other one badly. The automatic eq / analyzer of the amp covered this failure up somehow (being a four way system the mid speaker range is overlapping with the tweeters). Since I use the amp mostly for surround sound, the other speakers helped covering it up as well. But after I bought some JBL Control One for my Desk it became quite obvious that some frequencies are missing. I still had some tweeters from the stereo of the 190 series ( a car…) catching dust so I went for a quick fix. It turned out they are too noisy but I got them more or less under control thanks to the equalizer.

Linux provides some great tools for audio testing and they are for free. So I cobbled together an audio analyzer using the mic which came with the amplifier for setting up surround sound. The following are all frequency diagrams, x-axis is frequency, y-axis is output volume. The actual numbers don’t matter, what we are looking for is a more or less straight line indicating that the pink noise is reproduced by the speakers “as is”.

The Speaker with the completely fried tweeter. Note the drop! 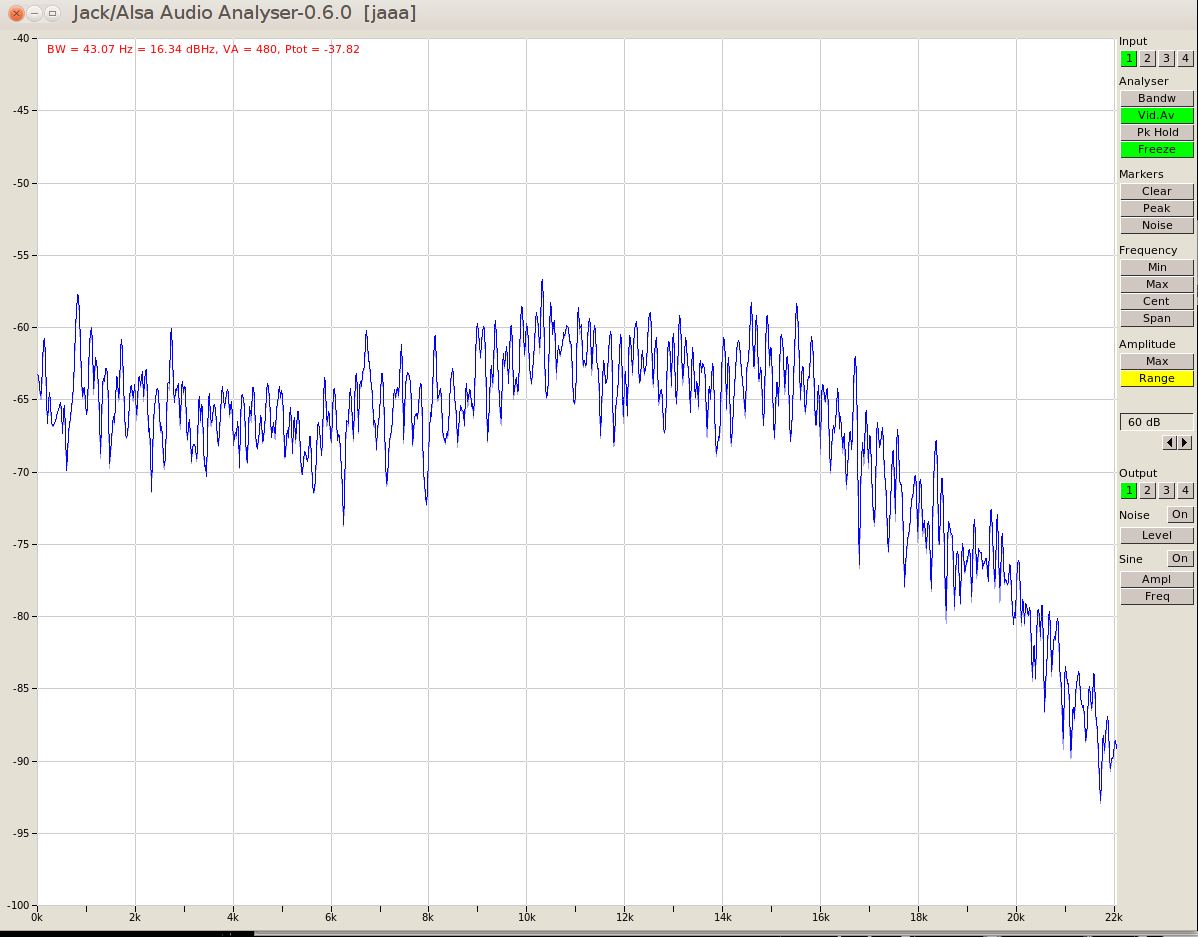 Audio System tweeters removed from the old Merc. Not too bad at all but a little bit too much. Probably because they are build for a two way system there’s too much overlap on a four way. 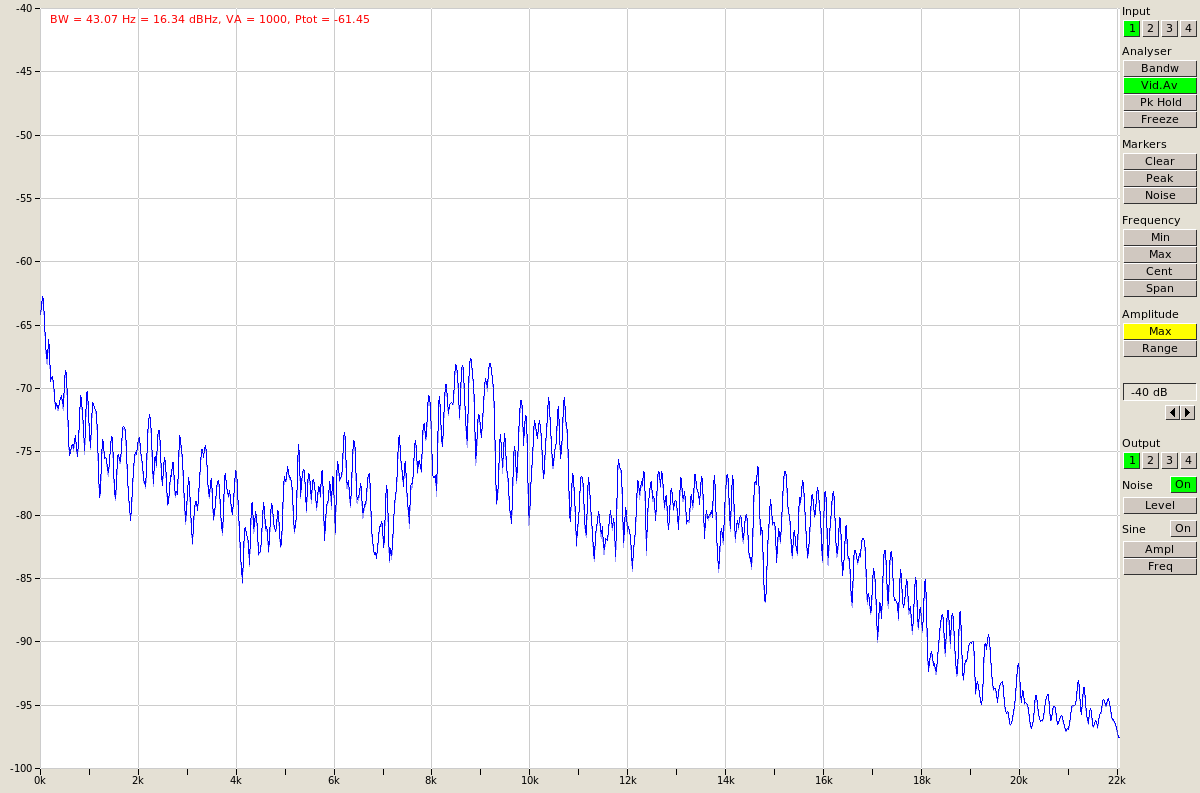 Fancy Gradient Tweeters from ebay, used. I don’t like the peak around 8k.

Up to now the audio system + duct tape did a superior performance than fancy (and well fitting) Gradient Tweeters. Since both speakers have different volume levels on high frequencies (which you can’t see on the diagrams) there’s still something wrong. More investigation has to be done I guess. To be continued…

The improving weather conditions convinced me to spend more time outdoors. Since Hannover doesn’t really have much to offer I’ll do the usual and use satellite images to find candidates for nice places and then go there to see for myself… 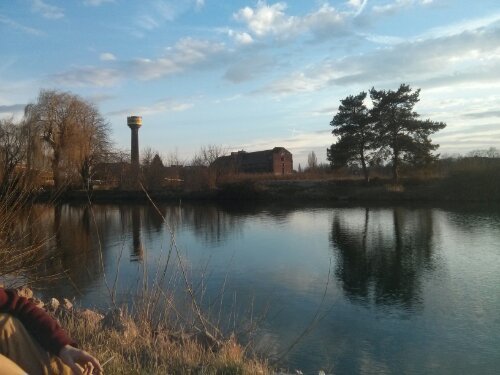 Conti viewed from the Leineabstiegskanal 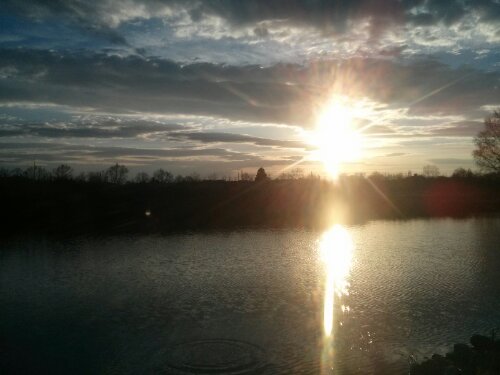 to be continued… Feel free to contribute any recommendations…