I guess I’ll start cruising some day. As in sailing, not gay lifestyle. At least I’m not planning on the latter. Anyways, I started watching tons of videos on youtube about the topic and even started reading books (yay!). Seems like quite a project, the last time I have been sailing was about 20 years ago on summer holidays. I always liked boats and the water but seldomly got the chance to enjoy these. A couple of years back my girlfriend and I chartered a ten meter motor yacht and really enjoyed it. The only problem is an ecological, ships which are large enough to life abroad have the fuel economy of a tank or worse. The 160hp volvo penta of the thing burned something like one liter per km (roughly two miles per gallon). So both my consciousness as well as my wallet rule out that option. So sailing it is. 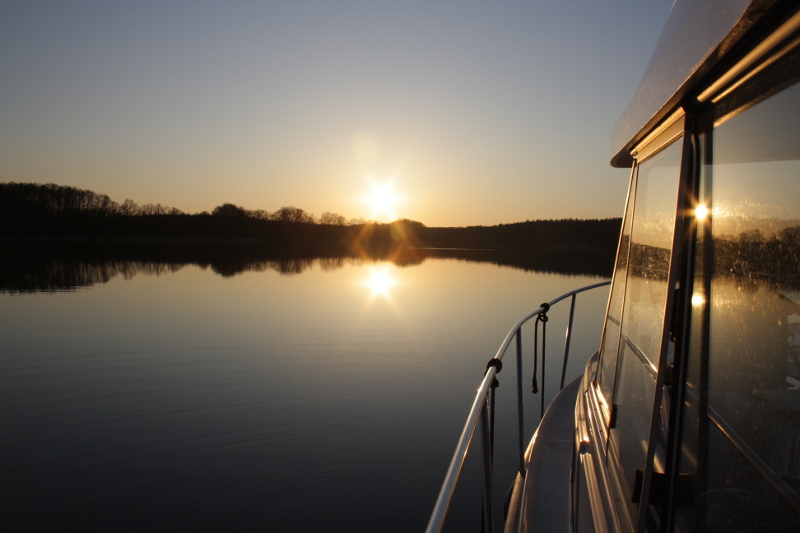 Mecklenburger Seenplatte in 2012. Since we were aboard all the time I don’t have a decent shot of the boat…

The other problem with boats are that they are expensive. Let’s say we do it like with we do with cars and buy something old and reliable/upper class which needs some fixing, maybe a 16m “Amel Super Maramu” like the sv delos (little tacky but still awesome youtube channel btw.). Some call them “the mercedes of it’s class” so it seems like a decent choice for 25+ years old thing. For my 25 year old merc coupe I paid 1800€ and put in another 1000€ in parts and easily 40h of work. Definitely not the best buy of my life. The Super Maramu from the same era is advertised for prices somewhere between 170.000€ and 250.000€ and the ads look like there are quite some expensive repairs waiting for the new owner. So it’s no wonder that most people who are doing this seem to be retired high income folks who sold their house&fancy stuff to shell out a serious amount of money for getting a boat fitted out and sailing it around the world. These people are also telling you that it costs about 1/10 of the original price of the vessel per year to keep it running if you don’t do anything by yourself. Let’s say 25.000€ per year which is probably not enough. So to be on the safe side you should plan on something in the vicinity of a million to go cruising for a couple of years if you just buy something, and put it in a shipyard every time it needs tender & care. Well, as most people I don’t have this kind of money.

Enter the shoestring budget sailor. Most sail the world until the budget run out and then work shitty jobs to earn money fast and to return to cruising. Some even manage to earn money on their way, like for example fabulous caption fatty goodlander who writes books about his lifestyle and how to achieve it. I bought “Buy, Outfit, and Sail” from him and can really recommend it. The funny thing from a hacker/tinkerer point of view is that there’s not too much new information in it. In short: If you want to buy a boat cheap look for something that’s severly (but repairable) damaged with an owner who has to sale on short notice. Then you fix it yourself investing plenty of time, sweat and tears tapping as many brains of professionals for advice as possible. Extreme example from the author: bought salvaging rights for a sunken vessel for 3000USD and ended up spending 10.000USD (+ labour) to end up with a vessel worth of 100.000USD. Only buy quality stuff, if possible slightly used and thus greatly reduced in price. Dive every interesting dumpster you pass by. If you can’t afford it build it yourself. Focus on what you really need. Do not make any compromises in safety.

So yeah, my basic lifestyle with electronics and cars applies to boats as well. Nice! But still this seems like a longterm and expensive project. I guess it will be in two phases, get a small cheap boat to sail on lakes, rivers and near shore to see how it feels like and learn prober sailing and then get a decent sized vessel (around 10m) and spend some time repairing, outfitting and taking small trips before crossing the atlantic over to the carribian. So it seems five years from now would be a realistic time to start, even the season seems about right, spending my 40th birthday in the middle of the ocean and being in the Caribbean around Christmas. Seems like a plan indeed.

So if you’re hooked up by now I’d recommend watching sv delos if you like it a little fancy or “hold fast” if you prefer punkrock. I enjoyed both big time, maybe because I’m kind of a punk driving mercs 🙂