Just watched a documentery about the us navys next gen ships. The crew went to test out new equipment. Two identical guns well proven on land vehicles with newly added electrickery for naval use. One failed right off the bat during initial adjustment, the second one just at the beginning of the first engagement. Classic.

Deployed a submergable to search for mines. Six hours in the hydraulic pressure drops to a critical level. Just at the same moment as the mothership develops a hydraulic leak as well. Needless to say most of the needed spares and tools have to be flown in. Like for example a ginormous hydraulic purge unit to bleed the hydros of the submergable after repairs. Captain to Engineer (who just bleeded the ships steering hydros after changing the busted hose): “Hey, you could have done that on the sub as well, right?”. And the engineer just tilts his head, shrugs and gives the good old “yep, totally but I’m not allowed to because of procedure bullshit” expression. That is how different departments/companies/entities work together.

It’s getting better. The captain is pissed about the retest procedures taking too long, the technicians from xy complany are pissed about the captain being pissed. They work through the night as fast as possible after talking about the situation for an hour and just flunk the thing. The changed part starts acting up before the sub hits the water because they just messed around with the symptoms. And (drumroll) they can’t release the thing because of a design flaw in the release mechanism.

After that the weather starts to act up, “storms” and three meter waves. Perfect excuse for heading back to port. That leaves the problem of making the mission a success. But a young sailor has the perfect idea: The rest of the testing will take place in port. The Captain is happy because his mission is a success and the project team is happy because their crappy prototype can’t be tested in port. Captain: “We are going to keep working tactically as if we were on sea, the only difference is that we’re going to be tied up to the pier”. I wish they would fight wars this way. Everybody is happy about their “outside of the box thinking” and “flexibility”. Priceless.

Yep, governmental and corporate (software) projects are the same all over the world, the parallels to my line of work are overwhelming. You can’t make good projects by just throwing money at them.

I’m really looking forward for the moment when the realization sets in that I don’t have to cope with that kind of shit in the next couple of months. This was my last day in the office.

Just found the following list on a forum thread about becoming a shoestring sailor (link):

So yeah, got an exam on the 1) on sunday. I’d consider myself a serious hobbyist on 2) and 3). Training for 4) is already booked. Seems I’m heading somewhere…. 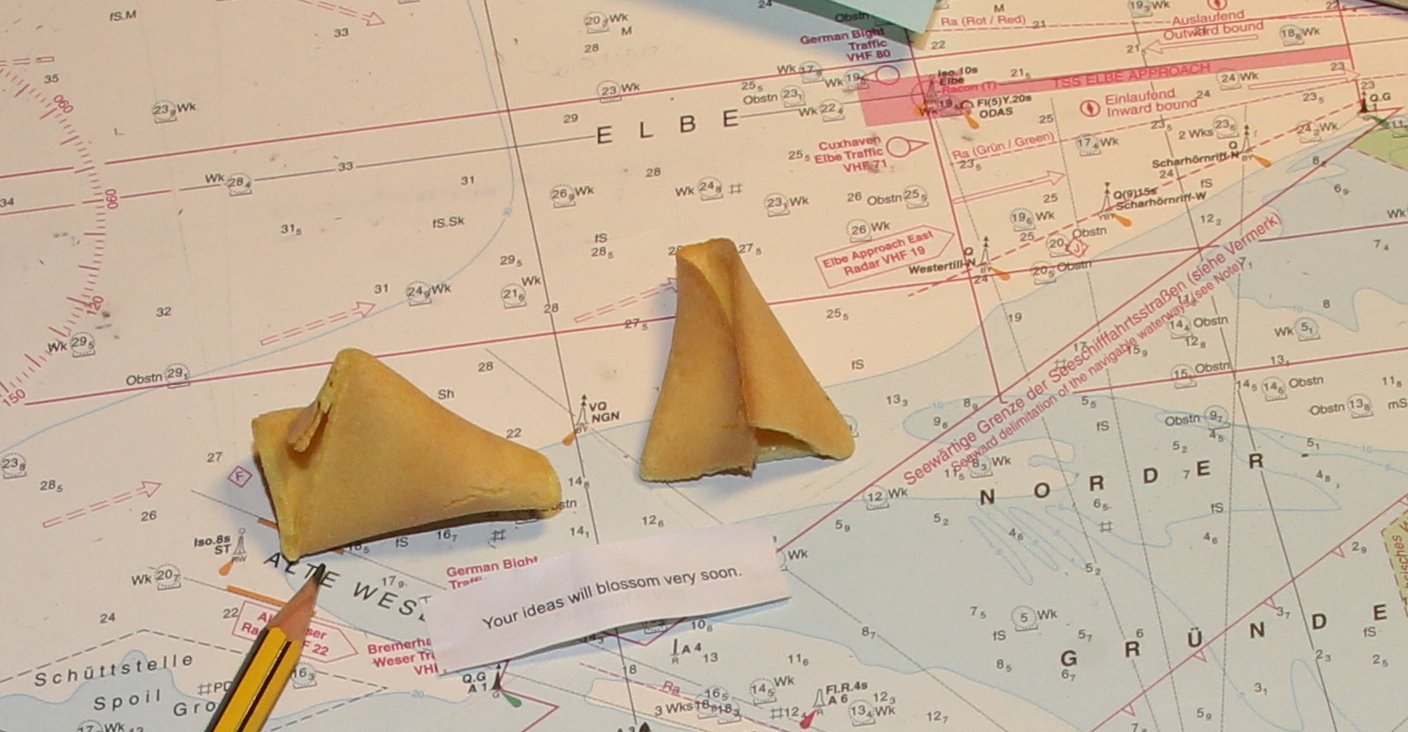 So yeah, there is stuff worth blogging about coming up. Some approve some call me crazy. Same old, same old. I made a habit of only writing about stuff I will definitely do (or which I already did) so stay tuned another month or so until I finish the preparation phase and finally set things in motion. Only one thing is pretty sure: 6 months with almost no work contracts. The rest is subject to change…