Well, it has been some time. Dunno why I lost the motivation to blog. Guess stuff was either too personal for the interwebs or too boring. So what happend in between?

Around march last year I started hanging out more in Leipzig. Met really decent folks, spent time with them, got to know the city better. Shortly afterwards I started a new work project at some large cooperation close to Hannover. Luckily it didn’t last too long because it was not exactly what I was longing for. Somewhere around that time I decided to actually move to Leipzig and fell deeply in love, not only with the city. The rest of the year was split up between wrapping stuff up in Hannover and starting new stuff in Leipzig.

At the beginning of this year things got out of hand. I co-founded a venture with a group of people wanting to share an old industrial building for workshops and other projects, started a new work project at a local company and a relationship went through a rough patch. And I got sick. And sprained an ankle. And two fingers. And I have to search for a new home in Leipzig since almost everybody is moving out of my current home (for reasons…) which I was told me one day after I lugged in my last stuff. Two stressful month all in all. But now it’s improving almost every day. 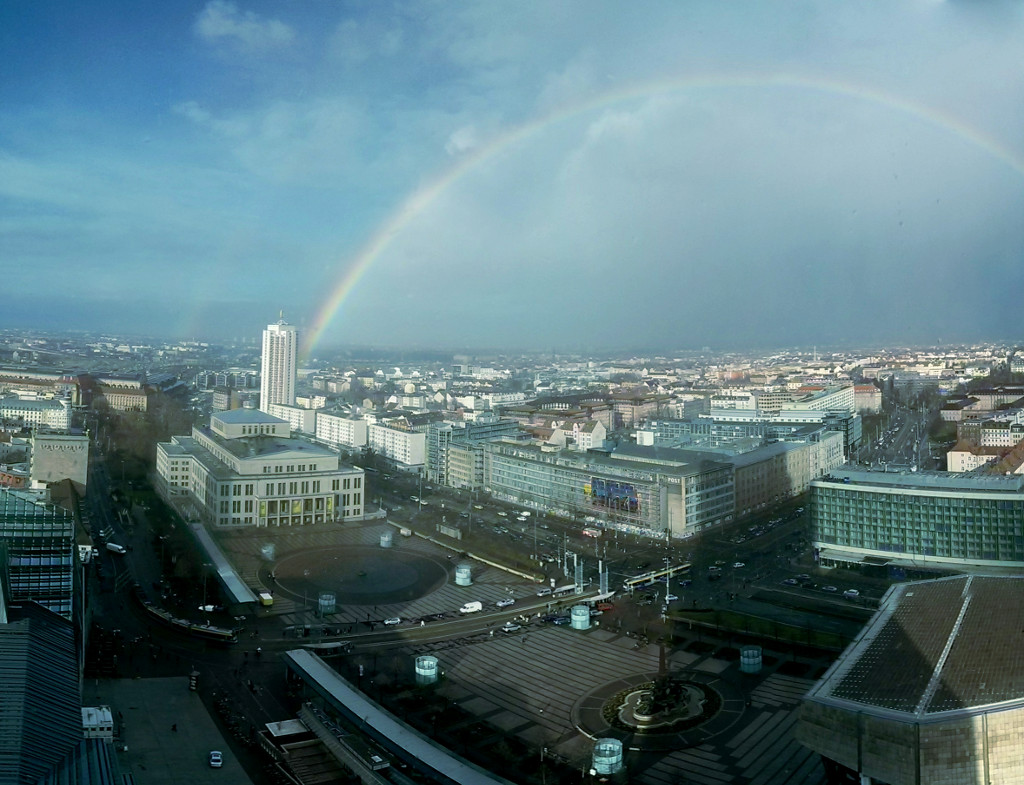 The new Job got the nicest view out of the window so far. I was to slow taking the picture, it was a double rainbow, there is a faint reminder on the left

Yeah, so thats it, one year in fast forward. It was a good year after all but it surely had its ups and downs.

I guess I’ll start settling in over the summer, try to cut back to a three day a week work schedule and enjoy the finer things in life. Either just chilling in the sun or sweating while refurbishing a freaking huge industrial building. Or finally make the missing licenses for boats. Or start a house project. Hmm, seems I have one gift at least: I seldomly get bored, theres always stuff to do or adventures to experience. Life is good. But the older I get the more I try to max out the good things. That doesn’t always work out as expected. But I’m learning to accept that and to just enjoy trying.