My daily driver is in desperate need of some attention. Not because it had a breakdown or anything (still mint condition, only 445000km) but some corrosion on the rear brake lines which will not pass the german safty inspection. These lines are hidden in a very tight spot over the rear axle so what most people do is to remove (and refurbish) the rear axle completely. Since I wasn’t in the mood to do it myself and it’s much to expensive to pay somebody to do it (would cost more than the car is worth) I had to rethink my mobility situation. 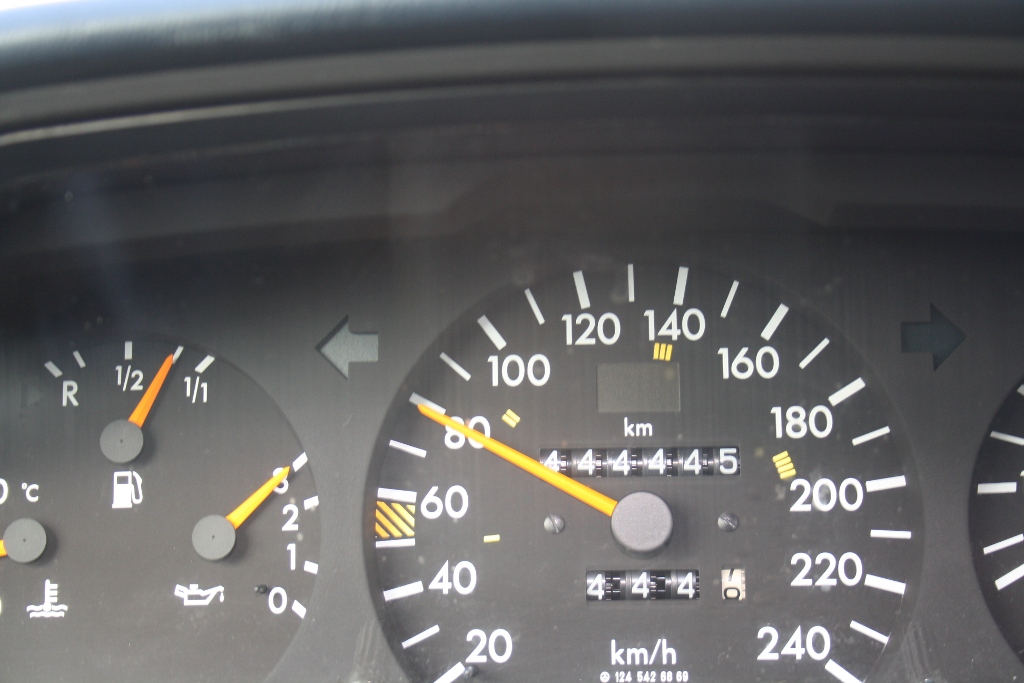 After looking at some Mercs (124&201 Series) in very bad condition a 124 Series Coupe was on ebay classified ads. Just 10 minutes away from work I went there quickly and had a look and a test drive. The temperature below zero, almost sundown. A quick look at the usual spots for rust looked good. The engine sounded ok, not leaking oil and besides a clonking noise on the rear axle (and the 40mm lowered sport suspension) the ride seemed ok. The papers said it’s a 2.5L petrol engine with 170hp. I knew that Mercedes doesn’t do 2.5L engines so it has to be something special. The owner didn’t know anything about the engine and was just a little confused why his 2.3L engine has 2.5L in the papers. So I took the gamble and bought the car. If the engine is pristine it’s a real good deal. If not its still a 230 Coupe in mint condition for a good price. Well that was what I thought. The car already taught me three (not really new)  lessons:

* Old mercs have a fully mechanical emergency run feature. You can rip out the control box and they still sound reasonably good

* Even if you are desperate to buy a car: DO LOOK AT THEM IN DAYLIGHT

Whatever… Now it’s here, the condition isn’t too bad after all but there quite some work to do. I’m lucky I consider this a hobby… So lets meet the pornstyler:

Sometimes the patient has multiple sicknesses — (I think Sigmund Freud, not sure on this one) 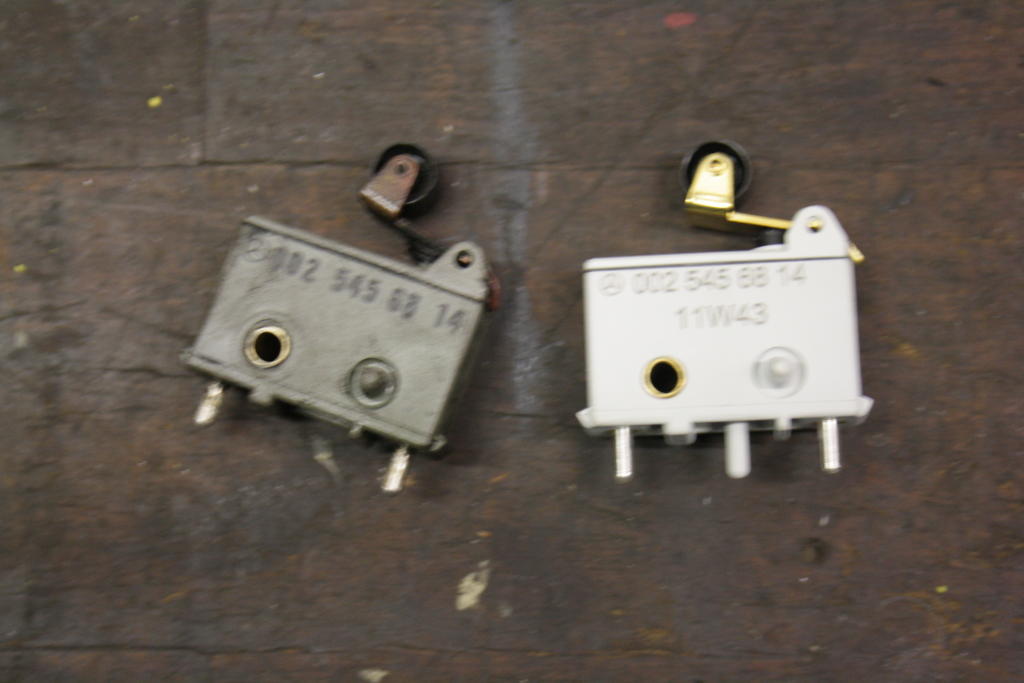 The old idling switch didn’t even klick anymore. Quite expensive part, something like 30€. Next time I just use a standard switch for 2€… 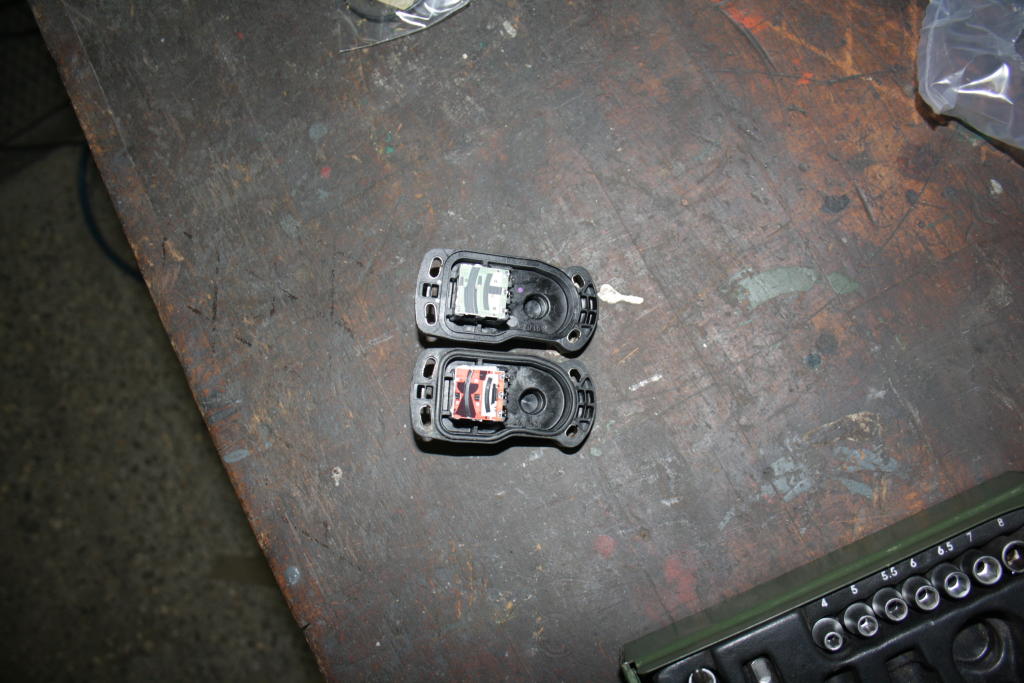 One of the spare parts which really hurt. This is the Luftmengenmesserpotentiometer, an adjustable Resistor. For quite some time you couldn’t buy it at all as a single part. The unit it’s attached to is roughly 1000€. A guy from the internet started to sell the for approx 160€ and now you can buy them from bosch for 200€. If you have the right part number… Production cost is properbly less than 1€. The upper part is the new one, the old one clearly shows signs of wear and tear when hit by the flash. 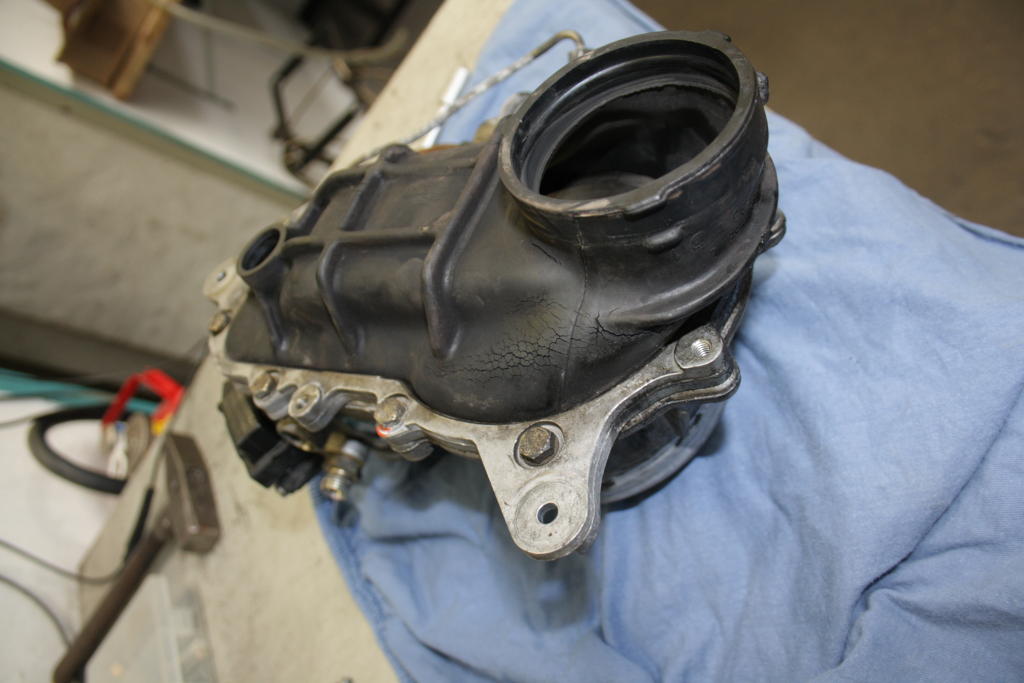 You cant really see this part when its in the car. I spotted the bad condition of the plastic with a mirror. It’s not as bad as it looks, most of the cracks don’t run through. I replaced it anyways, the KE is really pissy about unaccounted extra air.

The throttle valve. It is really dirty because the dosage rod of the distribution unit was leaking. Don’t forget to clean the little holes, they are important… 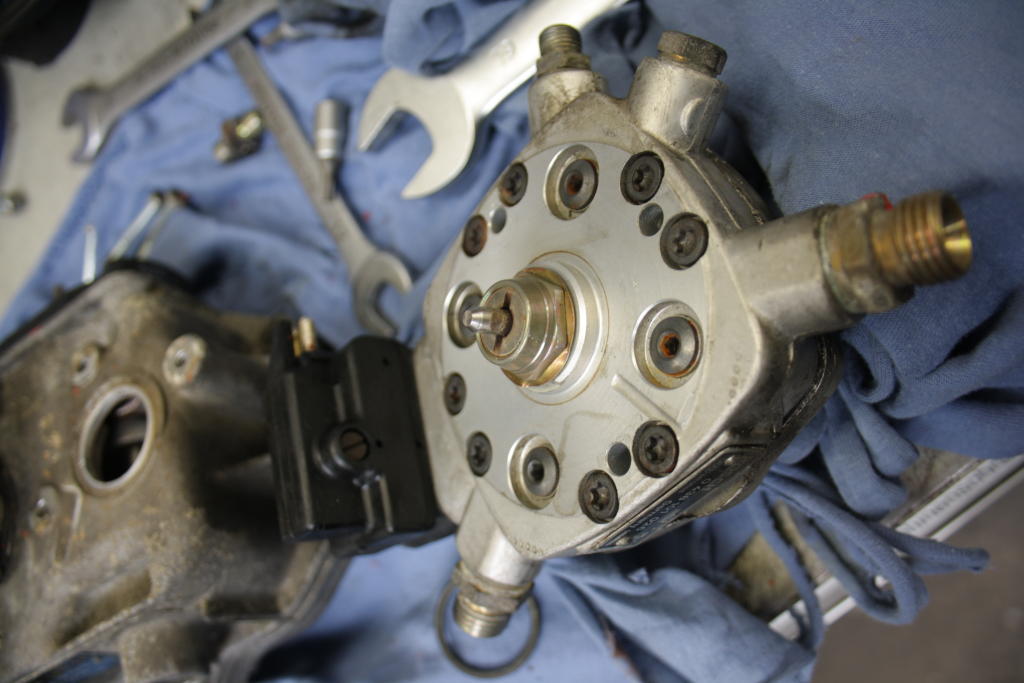 There is the culprit. It was leaking fuel so I replaced the gasket.

Well, this is embarrassing.

I checked some of the attachment point for the jack (rust hotspot) on the car. They looked fine. What I should have done is hitting them hard with something made of metal with a pointy end. A screwdriver for example. That’s what I saw after I did a “thorough” check:

I think thats a good opportunity to practise my welding skills. Fuck.