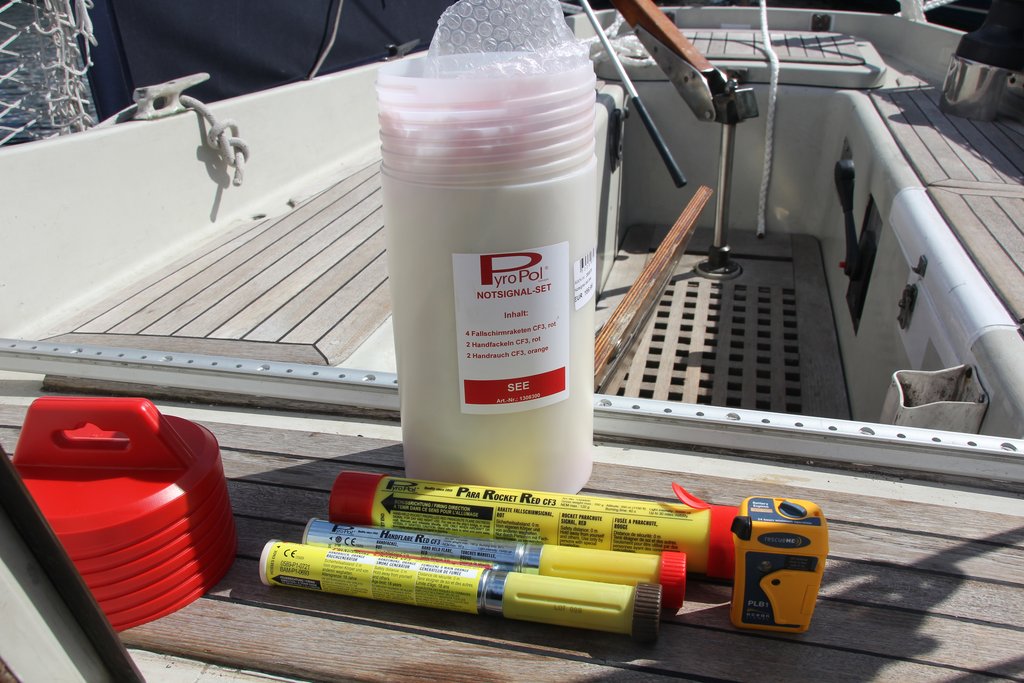 Caliber 4 rockets, red flares and orange smoke. And a “rescue me”.

It feels awkward to spend more than 500€ on stuff you’ll probably (and hopefully) never use. After some thinking I did bite the bullet. The old flares and rockets were more than ten years past their due date. Since I (officially) have no radio and electrickery likes to fail just when you need it most, some pyrotechniques might come in handy.

The little yellow/grey fellow is a fine example of modern electronics. Mostly sailing alone, going overboard is considered a death sentence. Your boat probably is on auto pilot and will go on until the battery is dead, the wind changes significantly or it hits something. So there you are, alone in the ocean. Many single-handers used to not wear life vests so it would be over fast if they go overboard. But nowadays you just call a cab. The little fella has batteries which last until 2025, a gps receiver to calculate your position and a satphone (or modem) to text your position to a maritime rescue coordination centre (MRCC). Since registration in germany is kind of complicated and the device must be bound to a ship (even though it’s a personal locator beacon (PLB)) I registered it in the UK. So in case I go overboard in germany, I press a button, the little thingy texts my position to falmouth, cornwall mrcc and then somebody rings up the folks at bremen mrcc who then ring up the nearest SAR unit and/or coordinates the search with other vessels in the area. Amazing! 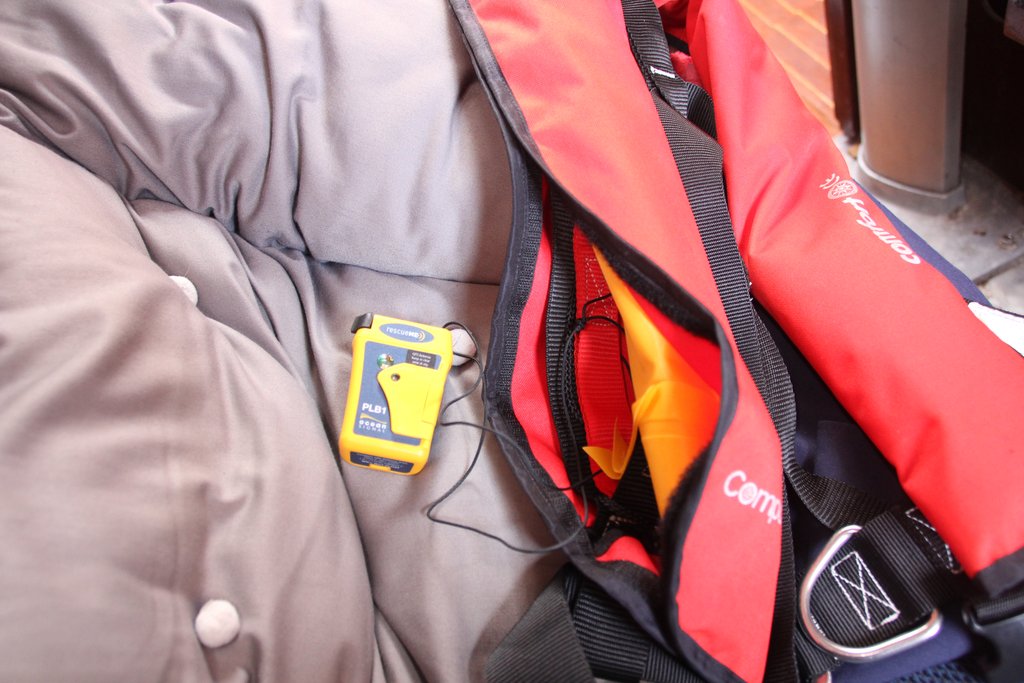 Tied to the innards of my life vest/floatation device 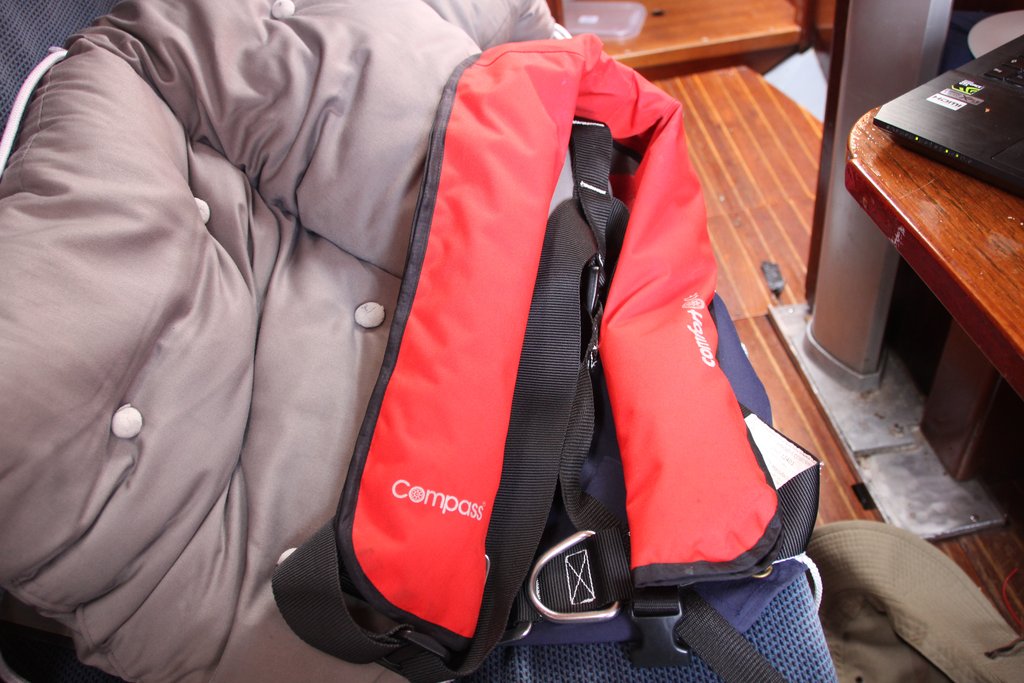