With around 36nm (66km) my first passage might also be the longest of the trip. At least it was the longest stretch of open water I “had to” pass. Why not just hug the shore you might ask? Well, our friends from the German navy are protecting our freedom just here by celebrating fireworks every f*cking day from 9-17h. At least in the summer season, they do less shooting when the weather gets crappy. And they don’t shoot on weekends, but the lack of wind crossed that on off my list of possibilities. So my beloved government is wasting my tax money and forcing me to take a detour at the same time. They post their shooting schedule on the interwebs. They announce it via radio. There are signs in the harbours around which show the times. There “traffic light” kind of installations which blink when they are shooting. And there are these buoys marking the territory. Let’s say I’m pretty unhappy to pay for all of this.

you got to stay outside the yellow “x”es

So I was sailing clearly going around the shooting range when a navy ship approached me. They circled around me and used their loud-hailer to ask me to turn on my radio. I tried to signal that I don’t have a radio so they went on: “for your information: we are shooting today, so pass all yellow buoys, …”. Ok, so I’m paying these guys as well to annoy the fuck out of me and tell me stuff I already know. Awesome. One might think our cost savy navy would use a small, economical vessel for running parameter security. A small vessel like the ones used by local fisherman. Or like the ones of the local search and rescue (SAR). Maybe even a RIB. Nope. Meet the Todendorf Class: 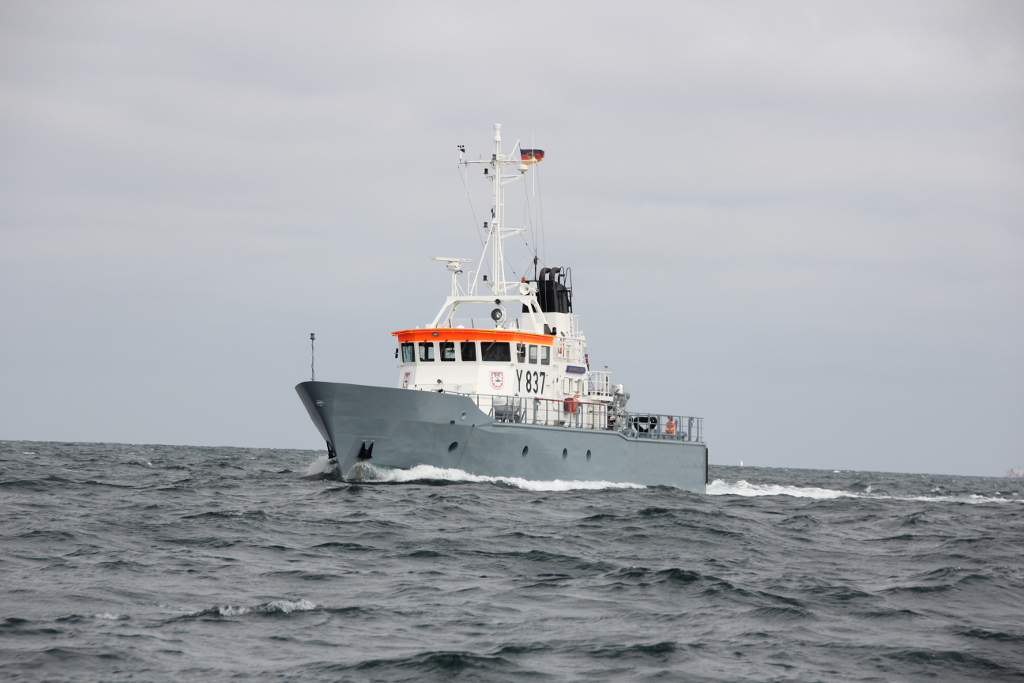 Named after this range and purpose build for running parameter security. 29 meters long, 2000hp engines, a whopping 125tons of steel. Unarmed and probably useless in combat. And from the looks of it stock maritime radar, no fancy navy stuff. Five of these were build, one sold to the Lebanese, rest still in action. What a waste building these things just for yelling at pleasure vessels/small craft.