Alright, the engine is running again and the forecast says the next two days might be good sailing. The only problem is that I want to travel east and the wind is currently coming from there. And there is a big navy training ground in the same direction which limits my possibilities to crisscross upwind. And since I didn’t want to pay for the maps going north or west it’s probably sea trials / running circles and not going somewhere specific. We’ll see. There is still plenty on the ToDo list but at least it seems like the work on propulsion is getting less and I can start to work on ground tackle and the solar/battery system enabling me to actually anchor out. Oh, and I’ll need some kind of dinghy. 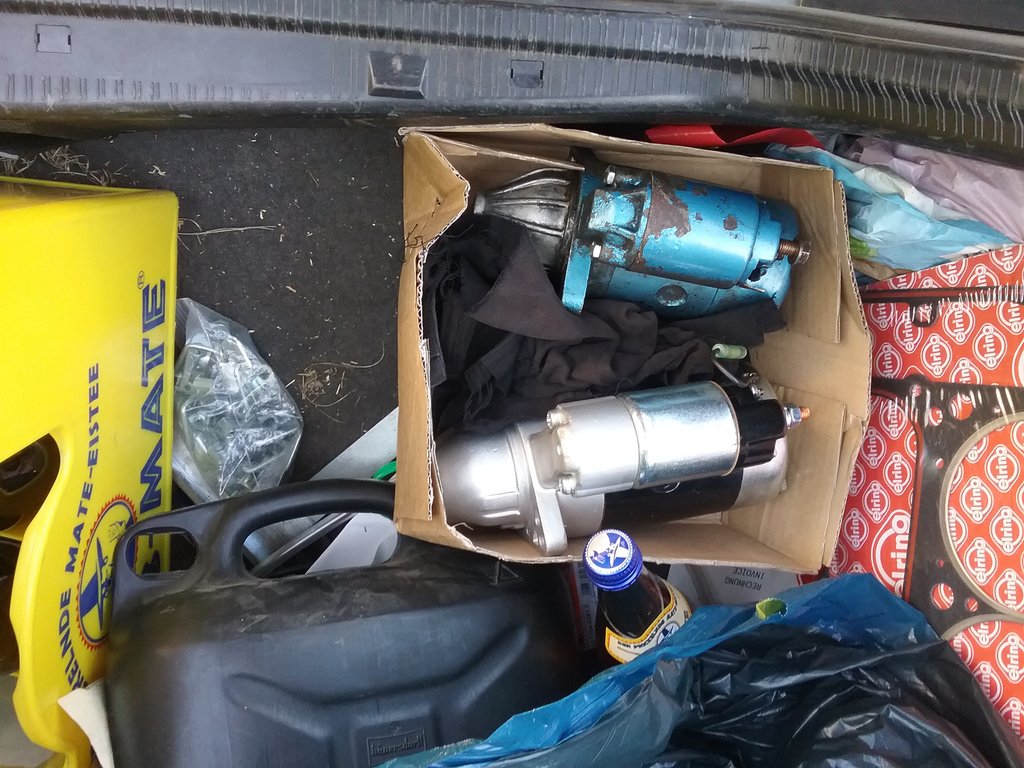 Correct old part vs. wrong new part. It’s pretty obvious the shiny one is too large, even though flange, gear and all connectors match.

Anyways, after yesterdays débâcle with the wrong starter the correct part arrived today. Kinda funny, I needed a part for a Nanni Marine Diesel. So I ordered one for a Suzuki Jeep, which came in a Kubota Box and was originally made by Mitsubishi and refurbished by Elstock. Yeah, whatever. It fits and it was cheap, at least compared to the original part (which was made by Mitsubishi as well and is a match on the part number). And I’m still waiting on the quote from Nanni. Probably somewhere between 400€ and 800€. So 120€ at a local dealership isn’t too bad, tomorrow the backup order from the interwebs arrives, 80€. 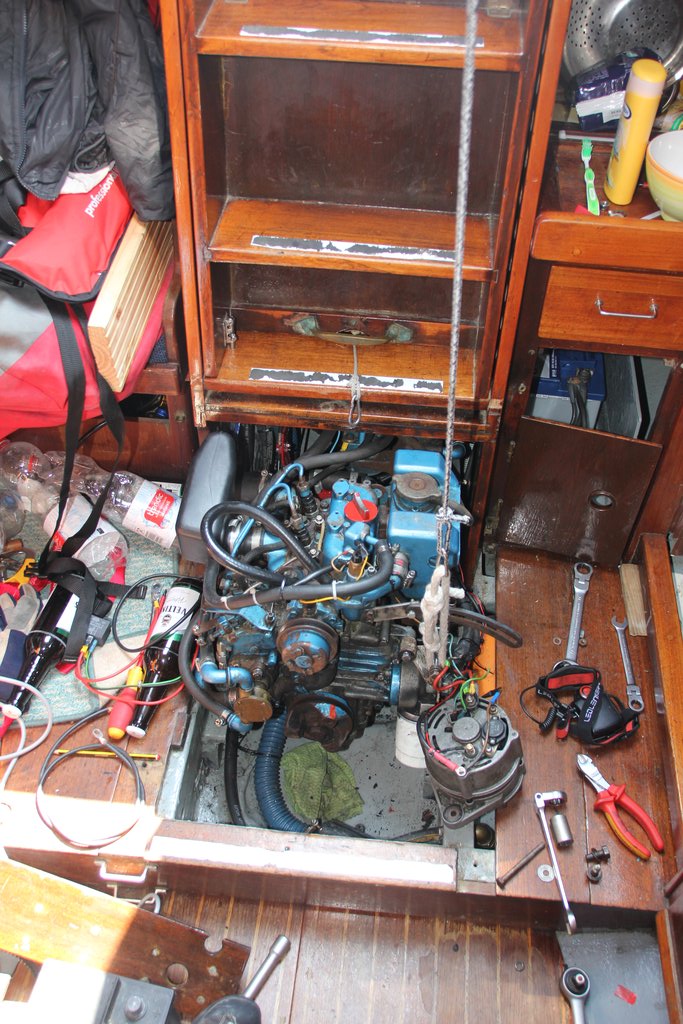 Changing the thing is not too bad for marine standards but still painful. The part itself is fastened by two screws. You only have to remove the alternator, hoist the engine up on one side, remove one engine mount and that is basically it. The practical thing about sailboats is that you can use the main halyard or topping lift for that, so yes, the white and black rope goes all the way up the mast, back down again and to a winch. 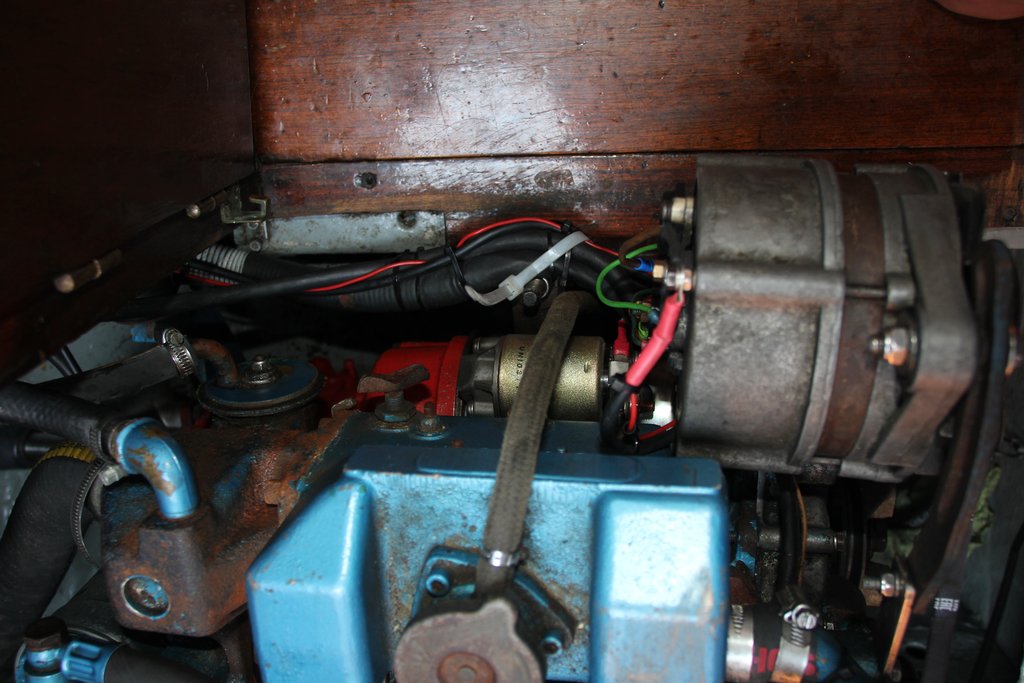 After reassembly only the shiny solenoid shows. The rest of the starter is hidden behind other stuff

While I was on it I also repaired the temperature sensor. One contact broke off. Normally I would have just bought a new one for ten euros or so. But since this is a marine temperature sensor it costs 50€ on ebay and probably much more in a shop. So I did the obvious and cut open the enclosure to solder a piece of cable on the stump of the old contact.