I did the first sails on the Elbe. Alone as well as with friends. I think I did ok. And I no longer consider the Kieler Förde crammed.

We already established the high density of traffic on the elbe because of the Port of Hamburg. So yesterday we thought “hey, lets catch the last hour of the rising tide to go in the direction of Hamburg and go back when the tidal current reverses”. What we didn’t know was that the grand opening ceremony of the 826th harbour anniversary was scheduled for the same afternoon. And since tidal streams are something like train-tables to the tidal-aware sailor EVERYBODY was on that rising tide train to the city, including the honorary guests. 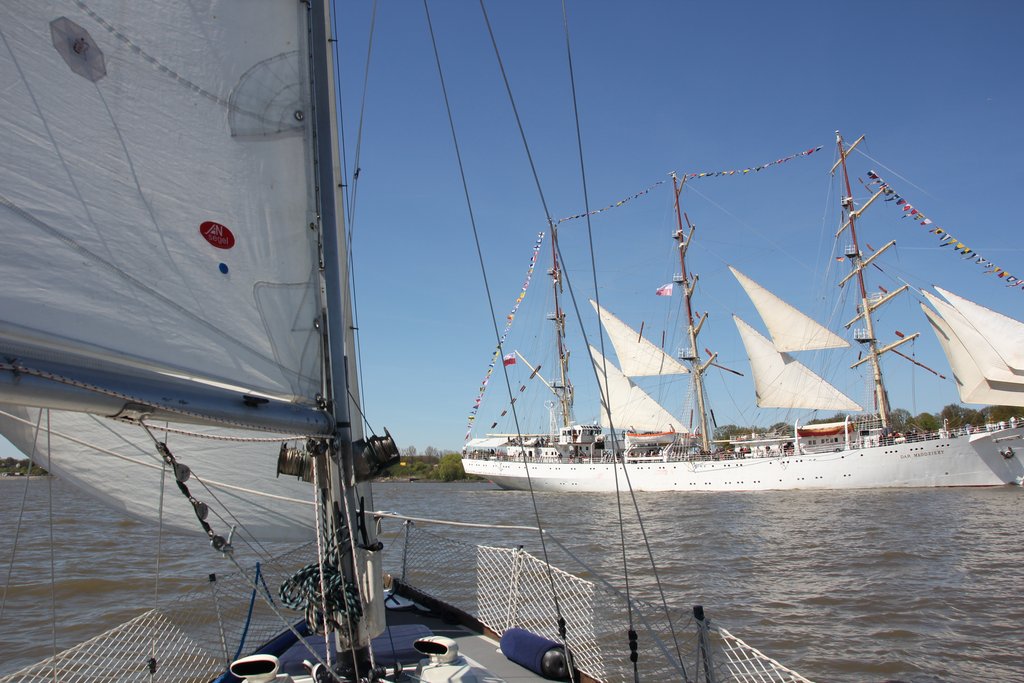 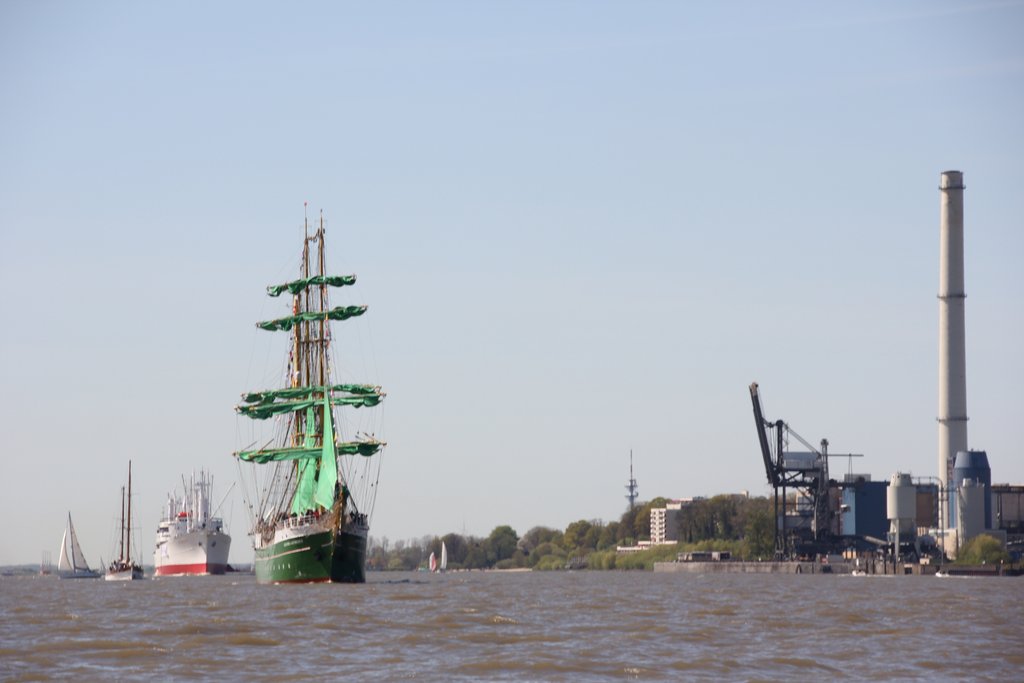 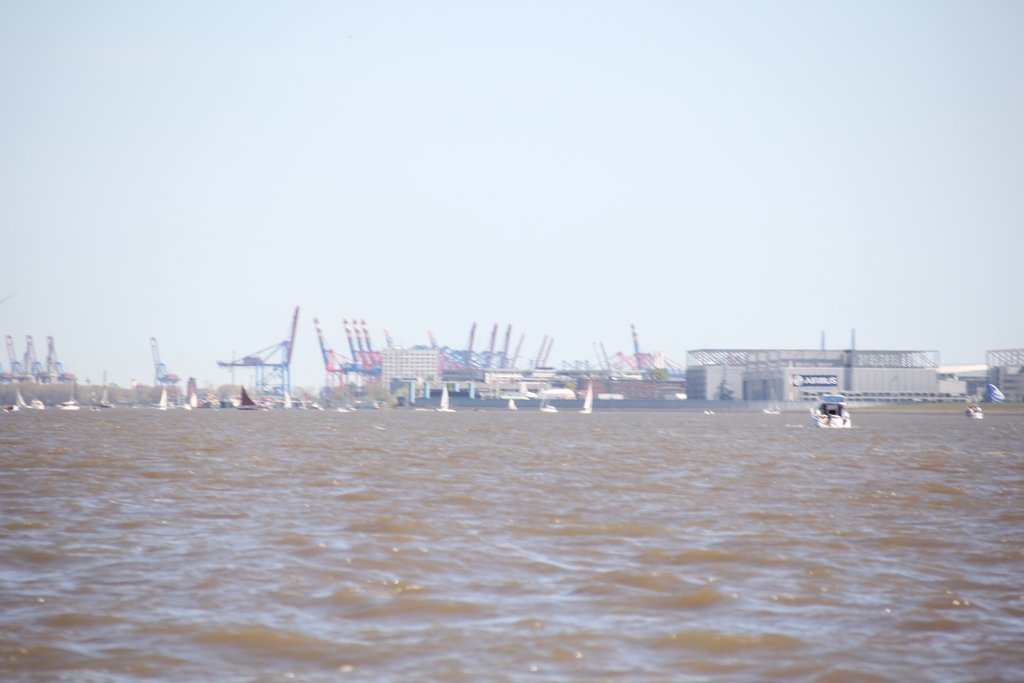 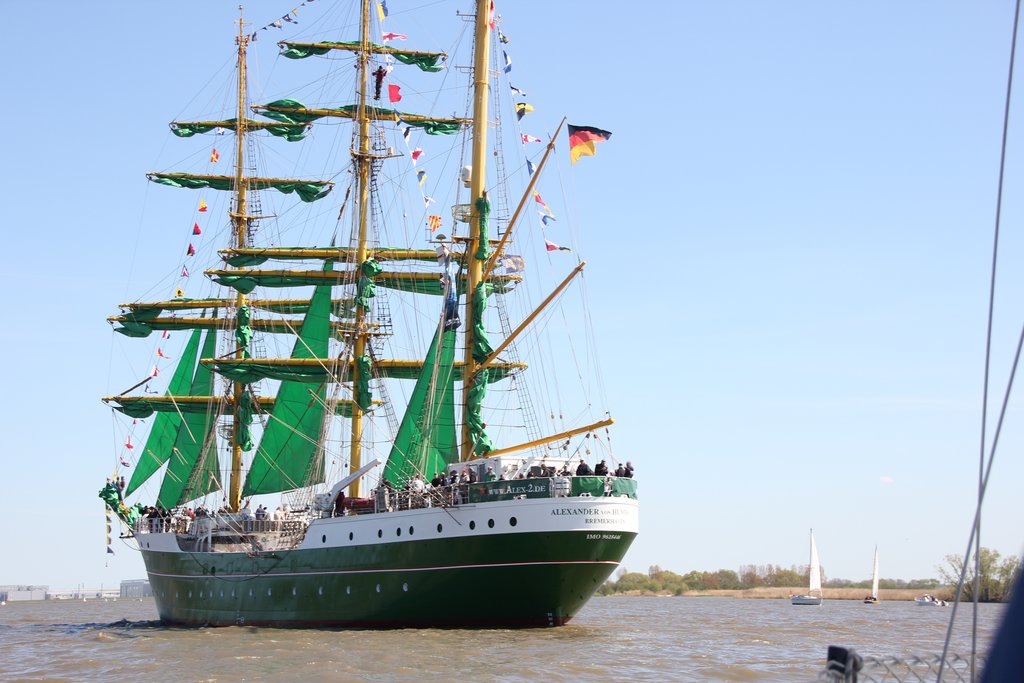 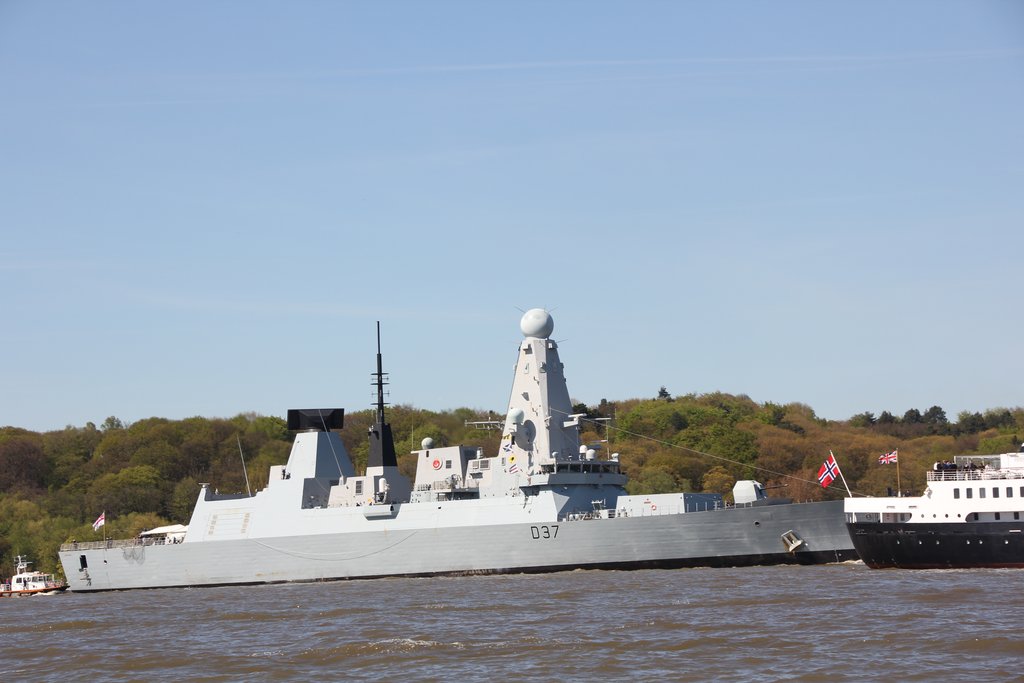 The green one (Alexander von Humbold II, famous for Becks Beer commercials) and the white sailing vessel (Dar Młodzieży) actually took the lead of the parade. We caught them both on the way to party, so to speak.

As a kicker the wind came directly from the city so we had to tack up the river, (crisscrossing the waterway). Plenty of folks were doing exactly that so watching them gave me a feeling of what is ok and what not. The only mishab on my side was a ferry captain who used his loudhailer to inquire if I had been drinking. Nope, I was sober and that was too close. My mistake for sure but all he had to do was to ease the throttle a bit to let me pass. So nobody was harmed or threatened.