“I’ve found from past experiences that the tighter your plan, the more likely you are to run into something unpredictable.” – MacGyver

Originally I wanted to meet somebody from Bremen whom I knew from the interwebs and was curious to meet her in person. The van needed a test drive as well after I changed the setup of the front axle and I thought it would be nice to go to Bremen and the coast as well. That was the plan. The meeting was called off and I was not really in the mood to go to the coast alone anyways. But that’s no reason to give up a nice plan, is it? Most certainly not. So I drove to Bremen anyways to visit a dear friend over there. We spent one night with a real good conversation and drove to the coast together the next morning. Thanks to spontaneous planning, the governmental rain radar service and some luck we managed to arrive in a two hour gap between heavy rainfalls. We also had a good go with my new camera (EOS 60D). I still hate the guts of the folks stealing the old one in Göteborg but I somehow appreciate the extrinsic motivation to buy a new one. It’s got the same sensor as the 1000D but the pictures are really different. I would love to try the new lens on the old camera for comparison… 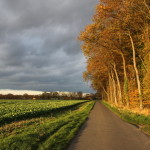 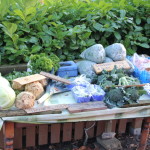 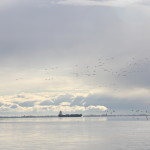 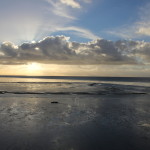 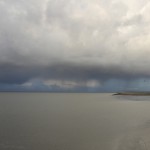 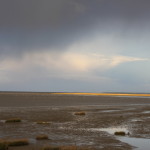 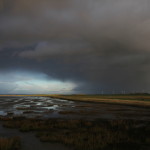 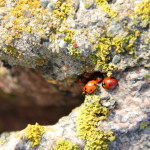 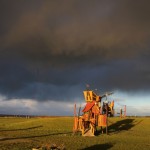 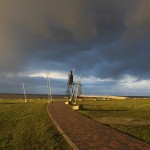 After that we hung out in shared flats and visited a very nice place in Bremen, “culture in the bunker”: http://www.kultur-im-bunker.de/page/index.php, a former WWII bunker converted to a cultural centre with connected flat. I really love such concepts and places and it felt really good being there. We were there twice, first for the international cafe and the day after to help cleaning up and hang out. As always getting stuff done together works much better for getting to know other folks than just being in the same place. During the cafe/concert I only had a chat with the bar crew which was mostly about waffles and how to make them (since they were offering waffles but having a hart time making them at the moment). I haven’t been making waffles for ages but was able to help anyways.

During the cleanup a had the chance to make myself useful in different ways from driving around town over measuring the amount of propane gas in the bottles of the heaters to fixing electrical stuff and afterwards even teaching a little programming. After a couple of hours I have had a conversation with almost everybody around. Same place, same people. But a different set & setting all together.

And most important of all: I enjoyed myself big time. And I got a good reminder of what I miss at the moment. I miss living in a shared flat, I miss participating in cultural/political ventures and I miss talking to folks who feel, think and life likewise. Being part of a community, doing stuff that matters and feeling understood/valued/loved. Pretty basic stuff. Not too difficult to accomplish. I guess I just lost track of it after the project we wanted to do in Hannover didn’t work out and my relationship with K. went south. Maybe not too much, actually I lived in two shared flats in Oldenburg and did quite some volunteering work in the workshop and some in a gardening project of friends. Maybe it was just that I wanted the shared flat to be bigger with more people, more space and a large room/hall for cultural events and that the workshop doesn’t really qualify as “stuff that matters” also I value it dearly for giving me vast possibilities in manufacturing and teaching me plenty stuff.

All in all it comes down to that: I’ve been honing my skills for a long time and I’m no longer sufficient with that. Now it’s time to put them to use. As a part of a community and to do stuff that matters with folks who value and love me for what I am. Sounds almost like getting married, raising childs and living as a family. Thanks to a fucked up childhood I’ve never experienced that role model for myself. So I have to find out for myself whom/what I consider family and how I want it to work. Just doing as my parents did is out of question.